Many beginner guitar players are overwhelmed by the features and aspects to know about a guitar, so it always ends with the wrong choice. If you are looking for a guide to help you decide between the Epiphone Les Paul vs Squier by Fender Stratocaster, you are at the right place. Gibson and Fender own Epiphone and Squier.

They are both companies that offer budget-friendly guitars for beginners who cannot afford their pro instruments. When comparing Epiphone Les Paul vs Squier by Fender Stratocaster, there are numerous aspects to consider. These two are beginner guitars and they are quality products that can be even used on stage for small events.

If you are interested in these models, keep reading our Epiphone Les Paul vs Squier by Fender Stratocaster review for more information below. We will be discussing their individual features in detail for you.

Features: The pairing of a solid mahogany body with a maple top and a couple of humbucker pickups is one of the most important elements of this guitar. That is the core of its components and assembly and it seems like a reliable guitar just for that fact. Epiphone Les Paul has humbuckers and a three-way pickup selection, with volume and tone knobs for each humbucker. Machineheads if from Grover but the rest of the hardware, is unbranded.

Also, it is extremely rare for an Epiphone to be booed for its build quality, and Epiphone Les Paul is not an exception. The neck and the body are linked seamlessly, and there are no imperfections in the finish or along with the binding. The parallelogram inlays, like the frets, are even. Everything is well placed on the rosewood fingerboard of Epiphone Les Paul. This guitar’s beauty and workmanship are enough for any beginner who is just beginning their guitar playing journey The fingerboard is easy to play, the tones are a great introduction for the more challenging stuff.

There were some sacrifices made in the parts of this guitar but we see no harm in the structure or the playability. Experienced players may complain about parts, but if you just want to look and feel like a rock star, Epiphone’s Les Paul would be a great choice for any beginner.

The body of the Squier is built of basswood. It is a cheap and abundant tonewood and you might have seen this kind of material in many budget friendly guitars.However, it definitely has the capacity to produce an excellent tone. It is a light, soft, and light-colored wood Squier by Fender Stratocaster’s tone is stronger in the mids and has a good dynamic range. While Squier Strats can be equipped with a variety of pickups, this one is equipped with basic Strat single-coils.

Strat single-coil pickups are known for their short twangy sound, as compared to humbuckers’ broad and thick tone. The neck of this guitar is made of maple, while the fingerboard is made of rosewood. This is the ideal choice for balancing out the basswood’s mid-heavy tone.

Warmth and overtones are present thanks to the maple-and-rosewood neck. The neck gives the mids and highs a good sense of brightness. The issue is, if you are planning to buy this guitar to show off that it is a Fender guitar, we have bad news for you since this one does not come with the classic labeling on the head part.

Squier by Fender Stratocaster is superior to the Epiphone Les Paul even though both guitars are in the same budget range and are of comparable quality. The Squier Standard Strat and the Epiphone Les Paul 100 are both excellent choices for series novices and are among the best electric guitars under $300.

The Stratocaster has a one-piece tailpiece with individually adjustable string saddles. This makes it easier for artists to set up their guitars. However, it has the potential to pull your guitar’s string out of tune. Gibson’s Tune-o-Matic fixed bridge is included with the Les Paul. It has two adjustable posts separated by a bar. The bridge can support six adjustable saddles on one end of the guitar.

A longer scale length indicates that there is more space between the frets, so the guitar strings will be a lot tenser. Smaller hands will find it more difficult to play guitar with higher string tension because you need stronger hands.

The Stratocaster has a larger scale, which means it has a brighter, bell-like sound than the Les Paul. On the other hand, Less Paul has a shorter scale and a round, soft sound.

Both of them are sold for under $500 and these are fantastic electric guitars. However, as most of you will agree, they are too pricey for most beginners. Epiphone Les Paul is sold for around $250 while Squier by Fender Stratocaster is sold for around $230. Even though the difference between their price is low, Squier by Fender wins this battle. In the end, the choice between a Stratocaster and a Les Paul comes down to practicality, style, and performance. When it comes to choosing between the Les Paul and the Stratocaster, you must make your own decision based on your preferences.

The Stratocaster includes two asymmetrical cutaways. It looks pleasing to the eye and it might give you easy access to high notes. Squier by Fender Stratocaster has a bigger body when compared with Epiphone Les Paul, which has a smaller one. This also makes Les Paul lighter than the other. In the case of the Les Paul, the instrument has a single-cutaway and the body of this guitar is made of thick, hefty mahogany with a carved maple top cap.

Winner of Epiphone Les Paul vs Squier by Fender Stratocaster

Les Paul is a heavier guitar with a thicker tone. The Stratocaster is a lightweight guitar with a wide spectrum of tones and you might feel freer with this guitar since it fits any kind of musical genre easily.

Both guitars are amazing ones for various reasons. The Les Paul and the Stratocaster have very unique personalities, playing styles, and looks, so it makes it a lot harder to pick a winner between them. They simply serve different purposes. Both the Les Paul and the Stratocaster are well-made guitars that available in a number of finishes so you can pick one that suits your style the best.

Thanks to their material choice, they can last for a good amount of time. When it comes to the winner, we cannot pick one because the answer lies within you. You need to pick one that fits your own physical build, playing technique, and sound preference. If you love the deep tones, go for Les Paul. We recommend the Stratocaster for the ones who prefer the bell-like tones.

To conclude our Epiphone Les Paul vs Squier by Fender Stratocaster review, we want to remind you folks to always check the official websites for more information when deciding.

If you are a beginner, both of these guitars will be a fine decision. They are both affordable and you cannot find another guitar like those because the others simply cannot match them. We hope you liked our Epiphone Les Paul vs Squier by Fender Stratocaster review and it was helpful. Best of luck in your search for a new guitar. 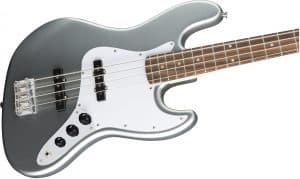 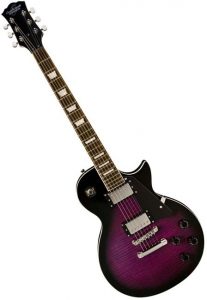 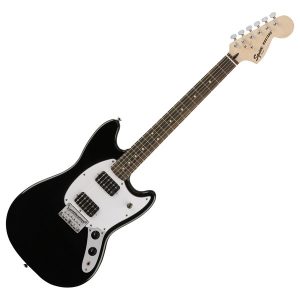