Yamaha is a well-known manufacturer of musical instruments and audio equipment and we are sure that almost anybody who is interested in music has heard of their name. They have high-quality digital pianos, and they all have been produced with a real acoustic piano in mind.

Yamaha YDP S34 vs YDP 144 are two high-quality digital pianos from this reliable brand. They both are aimed at beginners and the ones who want to gain more experience. If you are looking for digital pianos that would not require you to spend a fortune, both of these models are ideal for you.

Yamaha has many models that look almost identical so it might be confusing for many people when trying to figure out what their difference is. Yamaha YDP S34 vs Yamaha YDP 144 are such models. If you are wondering which one to get since they look so similar, you are at the right place.

If you are interested in these models, keep reading our Yamaha YDP S34 vs Yamaha YDP 144 review for more information below. We will be discussing their features, pros, and cons to help you out when deciding which one would be a better choice for your needs.

There is no poor choice between these two. You can absolutely choose whichever model best suits your needs. However, if we take the lightweight features and stylish design into account, the YDP S34 suffices as a better option.

Despite the fact that these models share several features, there are many things that make YDP S34 a better option. First of all, it comes with Yamaha’s CFX piano sound quality. This means that this piano is built to sound as close to the award-winning Yamaha CFX grand piano as possible.

YDP S34 has 20 W built-in speakers that are more powerful than YDP 144. Also, it is smaller in size than YDP 144, which means you can have more space for yourself. Even though these differences might be minor, we think they matter a lot to experienced musicians.

Features:  Yamaha YDP S34 has a strong tone that you can get from an acoustic piano. It also has the features of portable digital pianos, such as sounds, and effects. You can play the sounds of many instruments thanks to the built-in sound library.

You can attach this device via USB MIDI to other devices such as smartphones, tablets, and PCs. You can use this feature to connect your piano to a learning software which we think would be really useful.

Another feature is the ability to interact with headphones. This enables you to listen to yourself while creating almost no noise. Moreover, since it has two headphone outputs, you can listen to yourself and someone else at the same time. This is possible during the duo mode.

When it comes to the piano tone, Yamaha YDP S34 comes with a sound model which is known as CFX sampling. It can produce the actual piano sound sample from a real Yamaha acoustic grand piano known as the CFX series grand.

Features: The sound engine of the Yamaha YDP 144 was fully overhauled. The previous model to Yamaha YDP 144 used a Pure CF sound engine that used sounds from Yamaha’s CFIIIS Concert Grand Piano. Without a doubt, it sounds amazing and high-quality to the ears.

This new model called Yamaha YDP 144, on the other hand, comes with the Yamaha CFX Grand Piano tone, and it even beats the previous amazing sound. If you like the sound of an acoustic piano, you will enjoy the rich sound and feel of the Yamaha YDP 144 for that reason.

Well, if you are planning to buy Yamaha YDP 144 because of its sounds, you will be disappointed because it does not come with many. It only has around 10 but they are very high quality.

The Yamaha YDP 144 has seven additional sound effects in addition to these three primary acoustic piano sounds: String Organ, Jazz Organ, Pipe Organ, Harpsichord, Vibraphone, DX Electric Piano, and Electric Stage Piano. It has a total of ten sounds that you can make the best of.

Overall, Yamaha YDP 144 is a reliable digital piano aimed at beginners and intermediate musicians. It comes at an affordable price so it is accessible by many piano enthusiasts.

Generally speaking, Yamaha YDP S34 vs Yamaha YDP 144 are best suitable for musicians who do not want to change instruments right away. You will be paying quite a lot of money if you prefer to buy one of them, so we recommend thinking well before deciding.

Yamaha YDP S34 vs Yamaha YDP 144 sounds really nice and are pleasing to the ear. Thanks to their design, they can also fit into any home environment with ease. If we had to compare these two, we can say that YDP S34 is less bulky than the other so it would be a better fit for those who want smaller instruments.

The body is made of particleboard and that is what makes these two affordable. However, do not fall into the misconception that cheap material is always bad because Yamaha YDP S34 vs Yamaha YDP 144 has a build quality that is equal to high-end instruments. They surely can last a very long time if maintained in the right way.

If you will be setting these up by yourself, they do not come assembled so you will have to do it yourself. But do not panic because of that, because it only takes 30 minutes maximum if you have never done it before. Moreover, there are services that can do it for you.

In terms of keys, both use GHS technology, which is actually the signature of Yamaha’s affordable pianos. The keys are weighted and can give the same feeling as a full-size 88-key piano.

The keys would feel heavier in the lower register and lighter in the higher register due to the graded hammer action. They also have touch action which means the keys will be louder if you press them harder.

You can also manually change this setting from four different options. You can select from a soft, medium, or hard setting for the available options, but the default setting is medium. We recommend the medium setting since it is more natural and accurate than soft and hard.

Yamaha’s exceptional sound quality is actually the reason why it is one of the best brands in the market right now. YDP 144 comes with added samples from the flagship 9′ CFX concert grand piano, allowing you to play with its distinct tone.

It gives off a stunning sound for sure, it has a brilliant high-end and resonant bass and it gives the feeling of a real piano. Even if you use a mic, the sound remains unchanged and beautiful.

In terms of tone, unlike cheaper pianos, these two do not have a lot of different sound options. If you do not need that many sounds, tones, or effects, Either Yamaha YDP S34 vs Yamaha YDP 144 would be a great fit for you.

They only have the three CFX Concert Grand combinations of three different modes, two electric pianos, two organs, orchestral strings ensemble, vibraphone, and harpsichord effects and sounds. They even come with three built-in effects and you can also adjust them to your own liking.

If you are looking for digital pianos, surely you can come across Yamaha on every website you look into. They are the most reliable brand out there that produces affordable yet high-quality instruments. They are known for producing excellent pianos for a wide range of purposes. 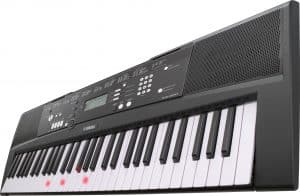 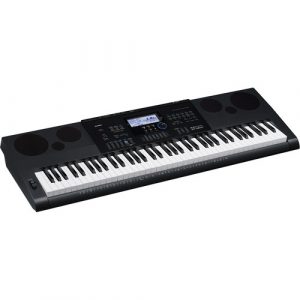 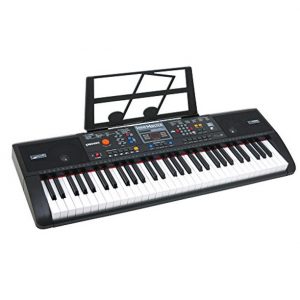